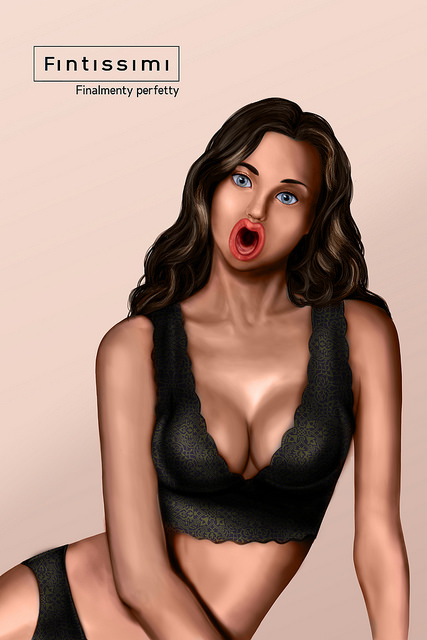 "Fintissimi means "super-fake". The title is mocking an italian lingerie company who used hypersexualized images of model Iryna Shayk for their latest advertising campaign. We found this Intimissimi's pervasive campaign to be disturbingly manipulative, because the woman was depicted like a lifeless doll in underwear, passively waiting to be used. We decided to emphasize this aspect, transforming her in an actual sexual doll, in order to reveal the message that was subtlety being passed through by this sexist campaign: only as dolls we are "finally perfect". " (Doublewhy)