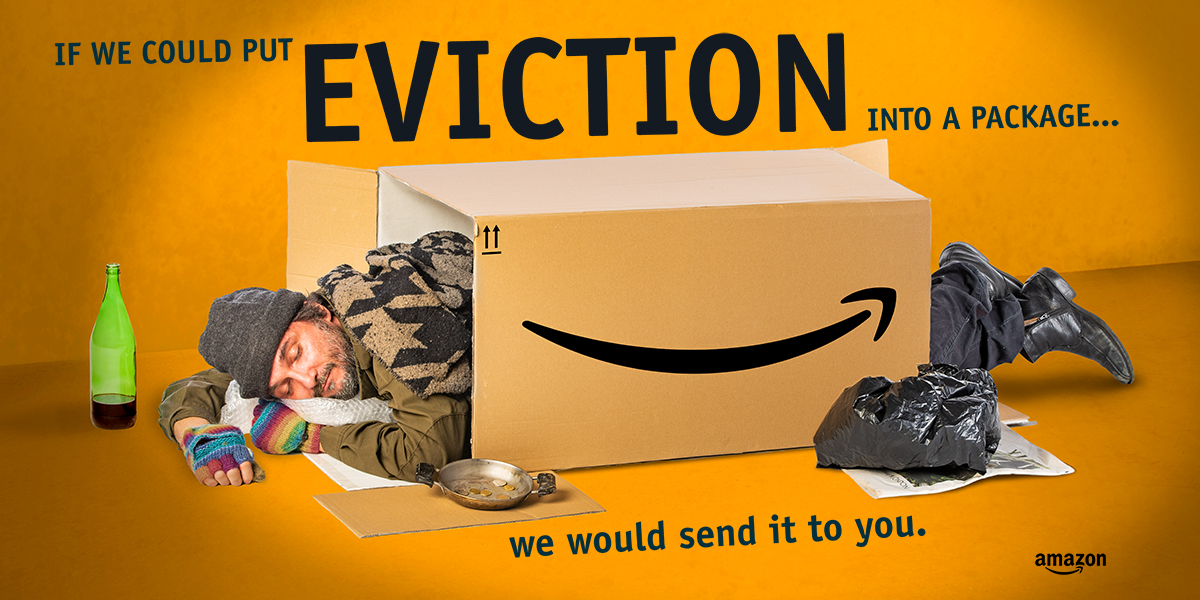 IF WE COULD PUT EVICTION INTO A PACKAGE … we would send it to you.

subvertising campaign inspired by https://berlinvsamazon.com/ to draw attention to four specific Amazon practices: exploitation of workers, mass surveillance by data tracking, tax evasion and gentrification. Amazon avoids paying tax in the countries that it operates by being registered offshore and Berlin has recently seen a series of protests against the construction of Amazon Tower, which will be the highest building in Berlin by it’s completion in 2023. The designs of those posters were planned together with different groups of data activists including Tracking Exposed tracking.exposed/ and also thanks to HackMeeting, the italian gathering of hackLabs hackmeeting.org/